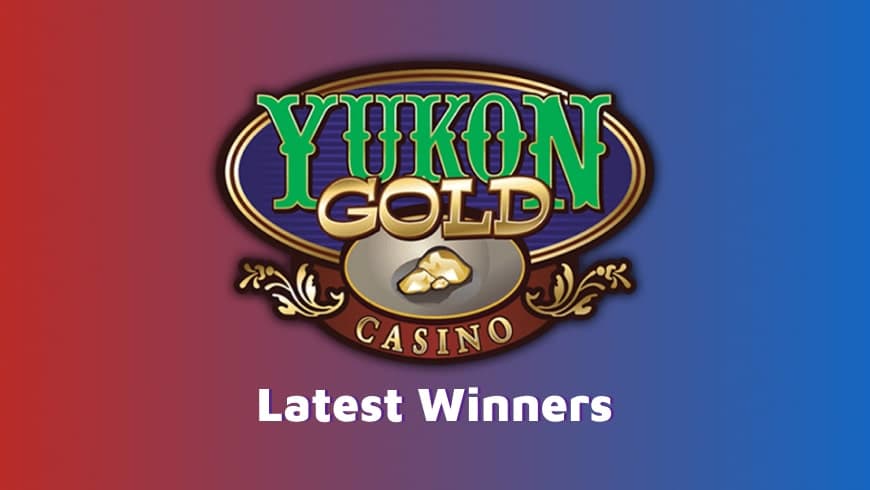 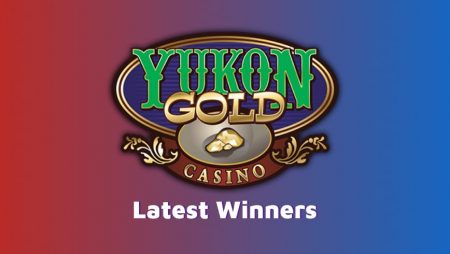 Yukon Gold casino is famous for three things. First, the casino’s welcome bonus comprises 125 chances to win a jackpot prize from the very beginning. Second, they have numerous winners of big and small sums of money. These include Mega Moolah winners who won a million dollar prize with the help of those 125 chances. And the third thing is the loyalty program regulated by Casino Rewards Group.

All these facts make new players come to Yukon Gold casino and play. And this could be their best decision because most players who sign up with Yukon Gold and join Casino Rewards program don’t leave without a prize.

Moreover, you can see a list of Yukon Gold casino winners right on their website. They constantly publish new winners’ initials, games they played, their amount of win, and date when they won it. The list is open to the public, and you can see it updated every day if someone has won more than $1,000.

In this article, we will discuss a few Yukon Gold casino’s wins. We’ll post the latest winners and describe their games. Hopefully, you will find this useful for your own strategic gameplay. And maybe these figures and data will encourage you to sign up with Yukon Gold to see your initials in the winner’s list.

The March list has recently been opened, and there are already over 50 winners. On March 1, a person named V.J. started the winner’s list with a CA$2943.60 win at Leagues of Fortune from Microgaming. This is an average amount of win so far.

Another big win of CA$10,016.80 was made by M.K. at Kathmandu on the 4th of March. The latest win to date, on March 8, was won by a player B.C. at Spring Break. The win is much less than the previous. It’s CA$2040. To tell the truth, these initials are quite frequent on the March list. It seems like it’s the same gambler playing all these games and winning sizable amounts of money.

Seeing and analyzing this, everyone can easily tell that Yukon Gold is a profitable casino. Sure, anyone can see their initials above those of B.C., and the amount could be even bigger.

Let us discuss some of the brightest gaming options that are involved in the winners list. We must say that not only games by Microgaming pay out, also there were some winners who played Evolution’s live games such as Monopoly Live, Crazy Time, and Lightning Roulette. So, let’s take a closer look at the casino games. If they bring a big cash-out, then you definitely need to try them out.

Although this Microgaming game has an RTP of only 94.2%, players can win easily at Treasures of Lion City. Thanks to the features such as Wild Symbol, Multiplier, and Respins, players manage to get high wins. There is another thing about the reels. They are cascading, which means when the winning symbols disappear, new symbols land on the reels to make another possible combination.

This game may not impress you with the graphics, but it’s mentioned 6 times in the Yukon Gold winners list. You can win a nice sum playing this game. Besides, its RTP is much higher than that of the previous Microgaming game. Lucky Leprechaun pays 96.33% back to players. The good results involve special symbols such as Wild Symbol, Free spins triggered by Scatter Symbols, Multipliers, and a little Bonus Game.

One of the biggest wins of this month was made at Wild Catch game. The best feature of the game is the jackpot prizes: bronze, silver, and Wild. The jackpot pools are filled up with the stacked symbols fallen on the reels. The slot uses a rolling reels game engine which allows it to be 5×5 reels.

Wild Catch also features free spins and wild symbols including wild stacks and bonus game rounds. We recommend this game, especially when you find out it pays 96.3% back.

Live game by Evolution was also brought to the list of Yukon Gold winners. On March 2, a person named B.H. played the Live Dealer game and won CA$4860. To be honest, a roulette game doesn’t require much skills, but the payout can be really huge generated by the RNG Lucky Number.

The game features a lightning strike that hits between one and five Lucky Numbers in each round. These strikes give multiplied payouts ranging from 50x to 500x.

The live roulette by Evolution involves features of a game show with lightning effects and unique sound. You should definitely try the game, especially if you are a fan of roulette and other table games.

Anyone can easily become a player from the list of Yukon Gold casino winners Canada. If you are still hesitating, watch the list updating every day to make sure they really pay out what players win. Though you can’t see the real full names of those winners, this seems very promising. Besides, if you play those recently won games, you may easily become one of the next Yukon Gold winners.

Yes, of course. There are many examples of gamblers and recreational players who made a bet and won a jackpot or at least a high payout. Just make sure to choose a reliable casino operator and know what you are doing.

NetEnt is an established software developer that provides games for online casinos. Their games stand out for the high quality and uniqueness. NetEnt gets inspiration from different cartoons, movies and TV-shows. Every game has excellent graphics and animation, also the music and sounds let you dive deep into the gaming world.

As stated in the terms and conditions of the promotion, players receive their prizes within 24 hours; but not later than at 13:00 CET. However, if you win on weekend, you will receive your free spins prize on Monday. So, keep it in mind and don’t get disappointed if something seems wrong. 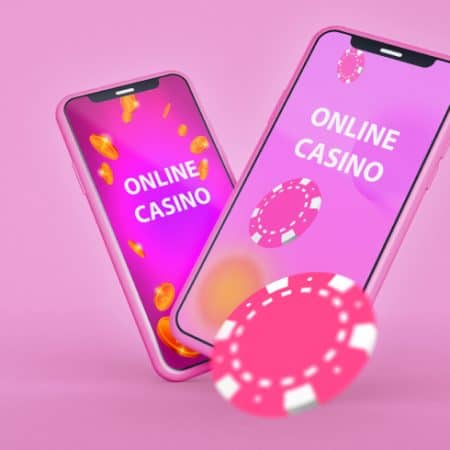 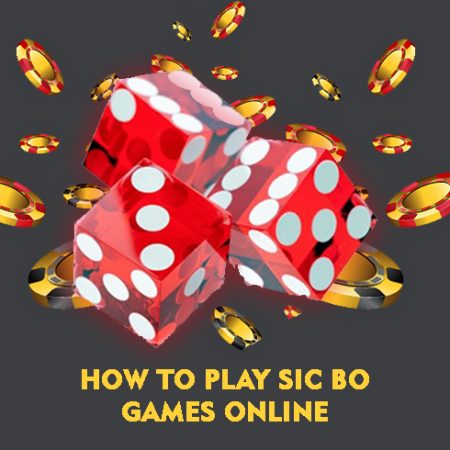 Online Casino
01.06.2022 205
How to Play Sic Bo Games Online
Sic Bo is as popular as craps and baccarat. Many online casinos have a few sic bo variants in their lobby. But not all casino enthusiasts know how to play ...
Read more » 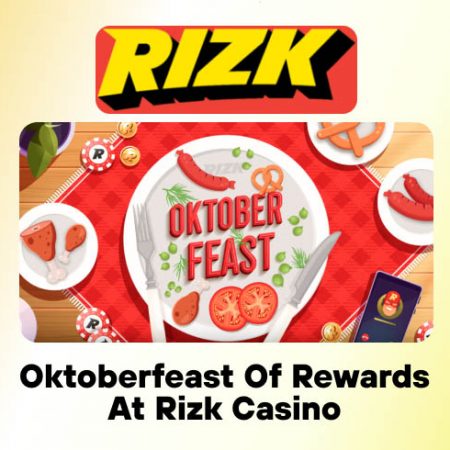 Online Casino
27.09.2021 373
Oktoberfeast of Rewards at Rizk Casino
Rizk casino always surprises us with exciting promotions. And the celebration of Oktoberfest is another subject for Rizk’ promotions. So, if you are ready for Oktoberfeast, get yourself some beer ...
Read more »